The first piece of mail I ever received was a letter from the Rough Grouse Society. My dad is an outdoors-man and he signed me up as a member when I was a baby. He was also a member of Ducks Unlimited and Pheasants Forever and through banquets he acquired quite a collection of wildlife prints and plates that still hang on the walls of the house alongside over 20 animal hides, mounts, and body parts,  even a pheasant. Although I was surrounded by hunting, I never wanted to hunt. I had zero desire to shoot a gun and I found dead animal bodies to be highly traumatizing. I am an animal lover.
In my collegiate art practice I began exploring these childhood traumas from the death and transformation of my favorite animals into food and, to quote Giovanni Aloi, their “cultural afterlife” in taxidermy. 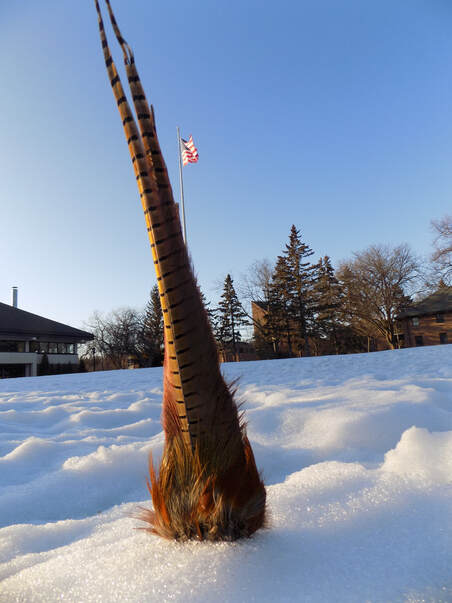 Although pheasants are not native to the American Continents, yet they are not considered invasive.  The first successful introduction of the Ring-neck Pheasant from China to the Oregon, U.S was in the early 1880s facilitated by Owen and Gertrude Denny. They were brought over in hopes of building a sustainable population for hunting them in the States. Ever since, organizations and campaigns to protect their habitat and maintain their populations have been supporting this introduced animal to thrive in the American continent. The Ringneck Pheasant has recieved a highly welcoming response by people unlike the response towards the Asian Carp, and even Pigeons. At a local climate strike I attended, declining pheasant populations were even a topic of discussion. This leads me to question how we decide what is invasive and what is not. What is worthy of protection and what should be removed at all costs. As stated by Crystal Fortwrangler in Untangling Introduced and Invasive Animals (2013),  “President Clinton's 1999 Executive Order 13112 defines "invasive species" as, "an alien species whose introduction does or is likely to cause economic or environmental harm or harm to human health.” Notice the emphasis on the economy and the health of humans? The defining of introduced versus invasive is as a result of human bias. This is likely why pheasants do not receive the same villainous title of “invasive”. They benefit the huge pheasant hunting economy especially in South Dakota. Pheasants are political.

With these photos I attempt to empathize with the introduced pheasant through my own identity of a white person in the United Sates. It was not the pheasant’s actions or my personal actions that brought us here, but we still perpetuate the legacy of settler colonialism and benefit from the same systems that oppress other marginalized and native populations. Through these photos taken on the West Central Minnesota Prairie, I am grappling with rootlessness and lost history as well as considering how it is that some can blend in and some stand out in a landscape. I hold the wings of the pheasant as camouflage and try to understand how a bird like this might feel in this landscape that was not made for them. I wear a European blazer and blue jeans to communicate my own heritage as well as the historical status symbol of the pheasant. These photos are not intended to sympathize with the white settler, but to address complex biological history in place and landscape.

Crystal Fortwrangler in Untangling Introduced and Invasive Animals, discussed at length the strikingly parallel rhetoric directed towards invasive and introduced species and human migrants. The rhetoric used in both of these cases is often negative and calls to the same evidence of (rapid spread, overpopulation, degradation of an ecosystem, oppression of native organisms, etc.) when arguing against the presence and spread of these beings in a landscape. This sculpture titled "Bird Cage" is a metaphor for contemporary immigration in the United States where there are more barriers and in many cases, physical cages, preventing people from movement across land.

The metal armature and the reassembly of the bird also is a link to trophy hunting and taxidermy where animal bodies are reconstructed in order to reproduce the animal as an object for collecting, preserving the memory of the hunt, glorifying the hunter, and testifying to their lethality. ​​ 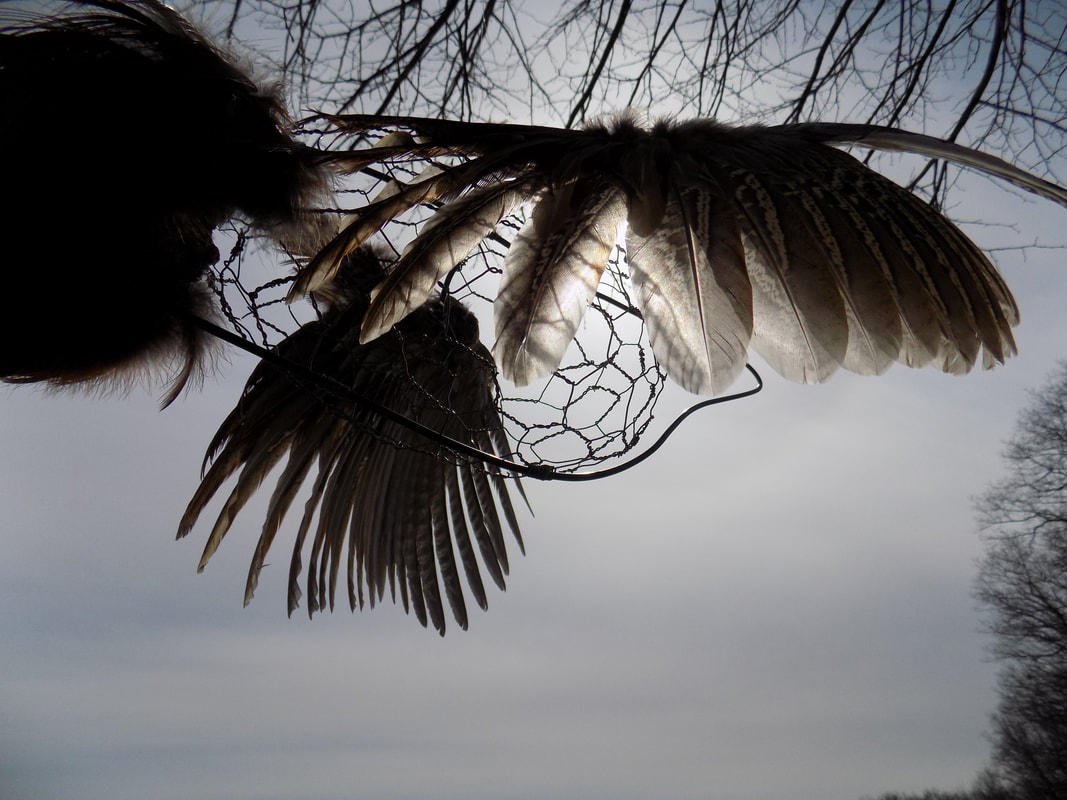